September is starting to become a blur so I might not have much to write. My short term memory isn't as good as it once was but then it never was great. I'll just jump in and see what happens. 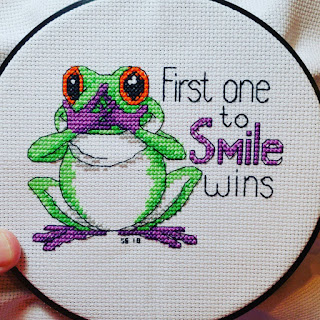 This was a finish the first of September. I have a young friend who makes me smile and who has some serious medical issues. It was a very scary time for his family and for those of us who feel like he is family, especially my son. He was my son's best friend in high school and his best man at his wedding. Somehow he has acquired the nickname, "Frog", and I thought this would make him smile. I plan on making it into a small pillow hopefully soon. I'm trying to ignore Mr. Procrastination's tiny whispers of doing it another day. *sigh* 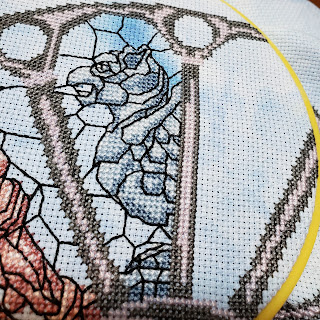 The October Guardian. I can't tell you how much I am enjoying this stitch. I am completely caught up and there's only 1 more for December. This I am definitely getting framed. 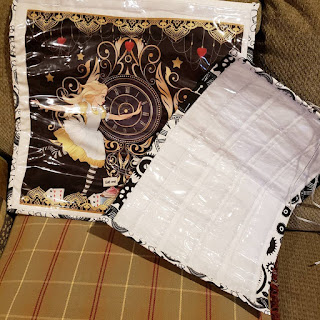 I won this in an auction for a stitchy friend's Alzheimer's Fund. It's a clear front vinyl tote and a floss roll. There are 40 individual pockets which hold floss bobbins or skeins all in one place. I'm currently using it on a SAL and it makes it so easy to find the next color. I love it. 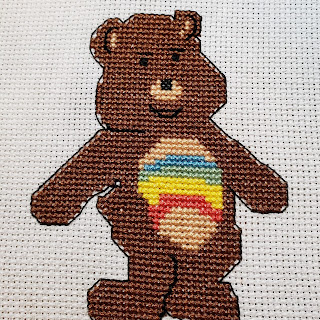 The final motif in my youngest grandson's birth sampler. I now need to chart the border and get it finished and framed along with Jellybean's. 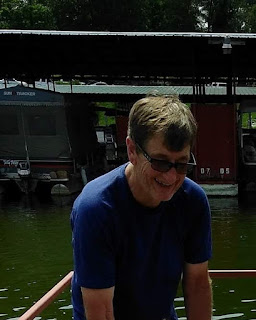 This man! He turned 65 in September! We've been together for 47 years and married for 46. I don't know where I would be without him by my side. He does so much for me and is always there when I need him. 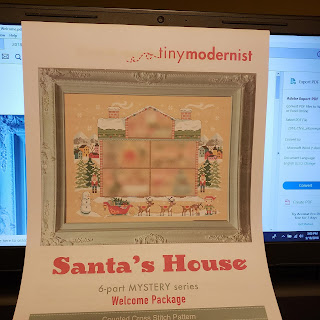 The newest SAL I'm participating in. I'm getting in deep in this stitching thing. I don't know how many WIPs I have at the moment but I do know it's way more than I should have. 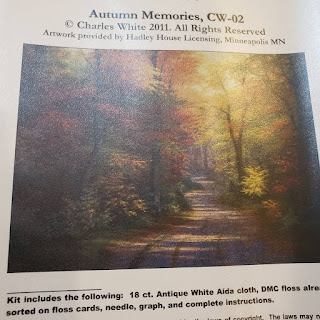 While I was working in my craft room, I came across this piece. I think I've had it for about 4 years and never started it. It is a full coverage piece and will take a while to do so I've not yet started. Well, I've put in a few stitches but nothing much. 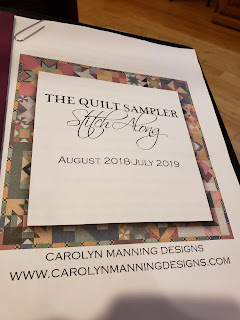 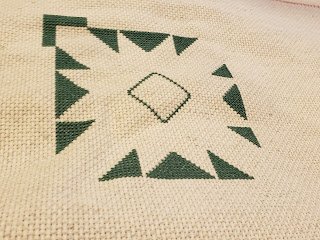 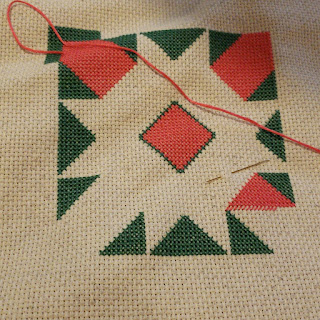 The Quilt Sampler by Carolyn Manning Designs. I have worked quite a bit on this one and I really enjoy the big blocks of color. It's almost mindless stitching and sometimes, that's just what I need. 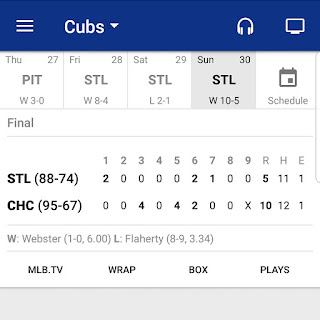 Even though the last game of the month was a great win, my dear Cubbies didn't make it to the World Series. But that's okay, I still love them and love watching them play.

As of the end of September, I had read or listened to 62 books. Those books were:  "Harry Potter and the Sorcerer's Stone" and "Harry Potter and the Chamber of Secrets" by J K Rowland; "The Dry" and "Force of Nature" by Jane Harper; "The Devil in the White City" by Erik Lawson; "I'll Take You There" by Wally Lamb; "Secrets in Death" by J D Robb; "Sleeping Like a Baby" by Charlaine Harris;
"The People vs. Alex Cross" by James Patterson; and "Wicked Appetite" and "Wicked Business" by Janet Evanovich.

That's pretty much the extent of September. Nothing else came to mind while I was writing so I'll just stop here. I'll try to get October up soon and then my plans are to try to write once a month with the happenings. I have been looking back at my past blog posts and I'm happy that I wrote them. They serve as a great diary even if I did miss big chunks of time.

Thank you for reading my little blog and being my bloggy friend.

Posted by Grammy Braxton at 5:46 PM